In the world of hypnosis, there are many different types of hypnotists and ‘sub-genres’. However, when it comes down to it, you can pretty much categorise the uses of hypnosis into two distinct groups, therapy and entertainment. When a member of the public thinks about hypnosis, they’ll either think of a stage hypnotist ‘turning people into chickens’ and the like, or they’ll think of a hypnotherapist helping people to eradicate unwanted behaviours and achieve their goals using hypnosis. As a rule, if someone hasn’t personally experienced hypnosis for both entertainment and therapy, they’ll tend to think of either one or the other. This is why it’s quite common that first-time hypnotherapy clients tentatively ask their hypnotherapist before the start of the therapy session ‘…you’re not going to turn me into a chicken, are you?’

What’s the difference between stage hypnosis and hypnotherapy?

Well, the main difference between stage hypnosis and hypnotherapy is the expected outcome. Stage hypnotists aim to put on a show and for the volunteers and audience to have a fun, entertaining time. Also, stage hypnotists give suggestions that only last for the duration of the show, and that are removed after the volunteers are ‘awakened’ at the end. In contrast, a hypnotherapist aims to help clients reach a personal goal, whether that’s becoming more confident, giving up smoking, sleeping better, losing weight, or any number of other things that a client may want to work on. The hypnotherapist gives suggestions that are intended to remain beyond the session (‘post-hypnotic suggestions’), in order that the client experiences long-term change in various aspects of his or her life. So, in simple terms, stage hypnosis is for entertainment and the hypnotic suggestions are temporary. Hypnotherapy is about long-term personal change and personal development.

What are the similarities between hypnotherapy and stage hypnosis?

Sure, the outcomes of hypnotherapy and stage hypnosis are drastically different, but many of the techniques and approaches used can be very similar, if not identical. For instance, both stage hypnotists and hypnotherapists use ‘hypnotic inductions‘ in order to hypnotise their clients/volunteers. These can be ‘rapid inductions’ or slower more ‘progressive inductions’, and both approaches can be favoured by the stage hypnotist or the hypnotherapist. At the end of the day, hypnosis is hypnosis and regardless of whether the state of hypnosis is used for entertainment or therapy, the process of hypnotising someone can be the same! It’s true that some people, often those hypnotised on stage, may appear to be more deeply hypnotised than others, but that’s generally down to their own receptivity to hypnotic suggestion, rather than the specific hypnotic induction techniques used.

On the topic of receptivity, another similarity between stage hypnosis and hypnotherapy is the use of ‘suggestibility testing/depth testing‘. All hypnotists and hypnotherapists benefit from knowing how suggestible a client/volunteer is, as it can impact upon what the hypnotist asks them to do, and can give an idea of what might or might not be achievable for said individual. A stage hypnotist uses suggestibility testing in order to choose their volunteers, wanting only the most receptive people from the audience. In contrast, a hypnotherapist may use the same tests as a ‘warm up’ for the client, or to figure out which kind of suggestions/approaches to use or avoid during the therapy session.

In terms of what happens after someone is hypnotised (the therapy or the fun stuff), again the same technique is used (yes, seriously). That technique is called ‘suggestion‘. All hypnotists and hypnotherapists use suggestions in order to create and direct the experiences of their subjects. A stage hypnotist gives suggestions for a volunteer to ‘imagine that you are stuck to the chair’ or to ‘notice that it’s as if your shoe is a telephone, and it’s ringing so you should pick it up’. Similarly, a hypnotherapist may give suggestions for a client to ‘imagine looking at yourself in a mirror, seeing the new you that you are going to be’ or to ‘notice that it’s as if that old habit of smoking has already moved into the past, and now it’s just something that you used to do‘. The stage hypnosis suggestions are designed to elicit a more physical/external response from the hypnotised volunteers (for people to watch), whilst the hypnotherapy suggestions are intended to create a more psychological/internal response within the client (to create changes in them). At the end of the day though, they’re all still suggestions.

In the hypnosis world. there are some hypnotherapists that disapprove of stage hypnosis (and any forms of hypnotic entertainment), and they refuse to learn any more about it, let alone practice it. However, the majority of stage hypnotists (that I know) also offer hypnotherapy services as well as performing hypnosis shows. I’ve spoken to some hypnotherapists who believed that stage hypnosis ‘devalues’ hypnotherapy, but I think it actually does the opposite. Without the stage performers and other entertainment hypnotists, hypnosis wouldn’t be in the public eye nearly as much as it is. Remember, all publicity is good publicity. So, for every hypnosis show and YouTube clip, it is introducing hypnosis to a whole new audience, many of whom will want hypnotherapy, which is fantastic! As well as that, I’ve also chatted to some hypnotherapists who thought that stage hypnosis gives people ‘unrealistic expectations’ as to what can be achieved with hypnosis/hypnotherapy. Now, this might have a little more truth to it, but it’s something that can be easily managed and re-framed with a good hypnotherapy pre-talk.

The funny thing is, stage hypnotists tend to be equally as good as hypnotherapists (sometimes even better) at informing people about what hypnosis can actually do, and at managing the beliefs and expectations of their volunteers/audience. I personally believe that stage hypnotists are not the issue when it comes to spreading misinformation about hypnosis, and in fact the onus is more on the mainstream media. The media continues to release books, shows and movies that involve people doing hypnosis, and because stage hypnosis tends to make for better entertainment than hypnotherapy (usually), it’s more likely to be the stage hypnosis/entertainment aspect that’s featured in popular media. As well as that, the media is more likely to put an even more dramatic/theatrical/unrealistic spin on whatever they feature (because it sells better/gets better engagement). This is often why hypnotherapists have negative views about stage hypnosis, when in fact, it’s how the media portray stage hypnosis that is more likely the issue.

Learning BOTH hypnotherapy and stage hypnosis

Regardless of the debates and the media, we totally recommend that no matter which area of hypnosis you’re personally involved in (or looking to learn about), it’s definitely worth learning about the other too. You might think ‘well, why would I want to learn about stage hypnosis when I want to be a hypnotherapist?’ or vice versa. The reason is, it’s a good idea to have a broad knowledge of all things hypnosis because the tools are complimentary and you never know when you might need to pull a new tool out of the bag. For example, a hypnotherapist may have a client that requests to be hypnotised quickly, ‘like they do on stage’, or to experience some ‘hypnotic phenomena‘ before proceeding with the session. A hypnotherapist who’s familiar with stage hypnosis and skilled at using similar techniques would be fine with this, and it might even improve the session, whereas a hypnotherapist who’s ‘against stage hypnosis’ might say ‘no, I don’t do that stage hypnosis stuff’, which could negatively impact rapport with the client. It could even lead the client to think that said therapist lacks the appropriate skills and isn’t very skilled at hypnosis, which might totally disrupt the therapy process. So, those that do both (or are at least those who are not dismissive of the other discipline) tend to have more flexibility in their approaches and in their businesses too.

Here are some more examples of why if you learn hypnotherapy and stage hypnosis skills, you’ll be a more well rounded hypnosis expert:

I could go on…

So, whether you want to help people with hypnosis or entertain people with it, I highly recommend taking a look on the other side of the fence, so to speak. It will make you a more well-rounded hypnotist and hey, you never know, you might actually like it! If you are a hypnotherapist already and you want to learn about stage hypnosis, there are so many resources out there that will be suited to the level of engagement that’s right for you. There are stage hypnosis guidebooks, as well as videos and online courses, but as with most hypnosis skills, it’s always a good idea to get hands-on practice too! I run a number of widely attended stage hypnosis courses throughout the year, and every year I seem to get more and more hypnotherapists attending as they become aware of the great benefits they get from knowing how to do the fun stuff (let alone the confidence boost that often comes with it too)!

If you’re a stage (or street) hypnotist already and you’re looking to learn to help people with hypnosis as well, then the same logic applies. There are hypnotherapy guidebooks aplenty, as well as online courses. Again, getting out there and actually doing it is equally as important when you learn hypnotherapy. If you’d like to become a hypnotherapist with a company that is pro-stage hypnosis, then you might think about joining me on the live hypnotherapy diploma course where you’ll learn all you need to know in order to become a competent, confident hypnotherapist. 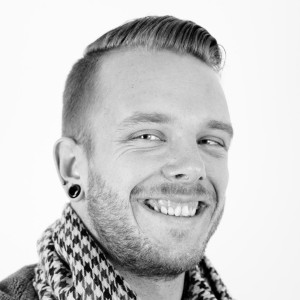